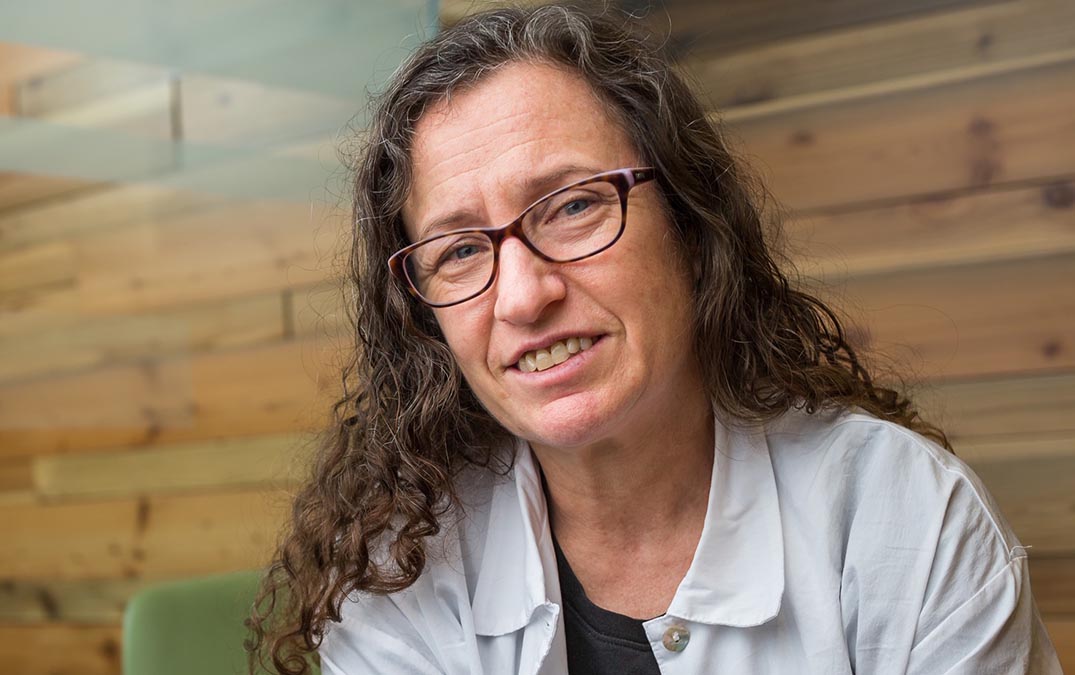 Frances Hellman received her BA in Physics from Dartmouth College in 1978, graduating summa cum laude and phi beta kappa with high honors in physics. She received her PhD in Applied Physics from Stanford University in 1985, studying what were then considered the high Tc superconductors (the A15's). After a 2 year postdoc in thin film magnetism at AT&T Bell Labs, she went to UCSD as an assistant professor in 1987, where she received tenure in 1994 and became a full professor in 2000. She joined the Physics Dept at UC Berkeley in Jan 2005, and became Chair of the Department in 2007. She stepped down as Chair on July 1, 2013, after serving 6 years. In addition to her work in the Physics Department, she has an appointment in the UCB Materials Science and Engineering Dept. as well as at LBNL in the Materials Sciences Division. She has been on a large number of national and local science boards, including the NSF Advisory Board on Math and Physical Sciences, the NRC Board on Physics and Astronomy, the NRC Solid State Sciences Committee, the DOE Division of Materials Science and Engineering Council, ICAM (Institute for Complex Adaptive Matter), the APS Committee on the Status of Women in Physics, the APS Panel on Public Policy, the editorial board for the Review of Scientific Instruments, the Elementary Institute of Science (in San Diego), COSMOS, a statewide math and science summer program for high school students, and the SF Exploratorium. For many years, she ran the NSF-REU site program at the UCSD Physics Dept. and has supervised many student theses, both undergraduate and graduate. She won the APS Keithley Award in 2006, "In recognition of using emerging micromachining techniques to significantly extend the range of calorimetry into the realm of nanoscale science by construction of Si based microcalorimeters capable of operating in extreme environments with unprecedented sensitivity and accuracy", is a Fellow of the APS, and has been Chair of both the APS Division of Materials Physics and the APS Topical Group on Magnetism and its Applications.

Our group studies thermodynamic and temperature-dependent properties of materials.

We have developed a series of experiments based on MEMS "lab-on-a-chip" devices utilizing a silicon nitride membrane as a thermal isolation platform which allows us to study orders of magnitude smaller sample sizes than other available thermodynamic measurements such as thin films (as thin as 20nm), nanoparticles, and tiny crystals. Experiments include heat capacity measurements, thermal conductivity and thermopower measurements.

We have modified this membrane-based device into a portable heater stage that is transparent to x-rays for use in in-situ temperature-dependent measurements in facilities that do not support macroscale heating such as sensitive x-ray beamlines at synchrotrons. Our latest development of the device consists in adding a thin biaxially oriented MgO layer for epitaxial growth of thin films on the amorphous silicon nitride membrane.

We study a wide range of materials; current projects include ferromagnetic and antiferromagnetic thin films and nanoparticles, studying the effects of disorder on the magnetic, transport, and thermodynamic properties of magnetic materials and relaxor ferroelectrics, and low temperature thermal properties of amorphous materials.

We currently have openings for graduate students in a variety of projects, including studying the thermodynamics of magnetocaloric materials, multilayer systems, semiconductor nanowires, and various magnetic materials.

For a detailed description of our research including the direction of our magnetic research and our work with heat capacity measurements, visit our group website.