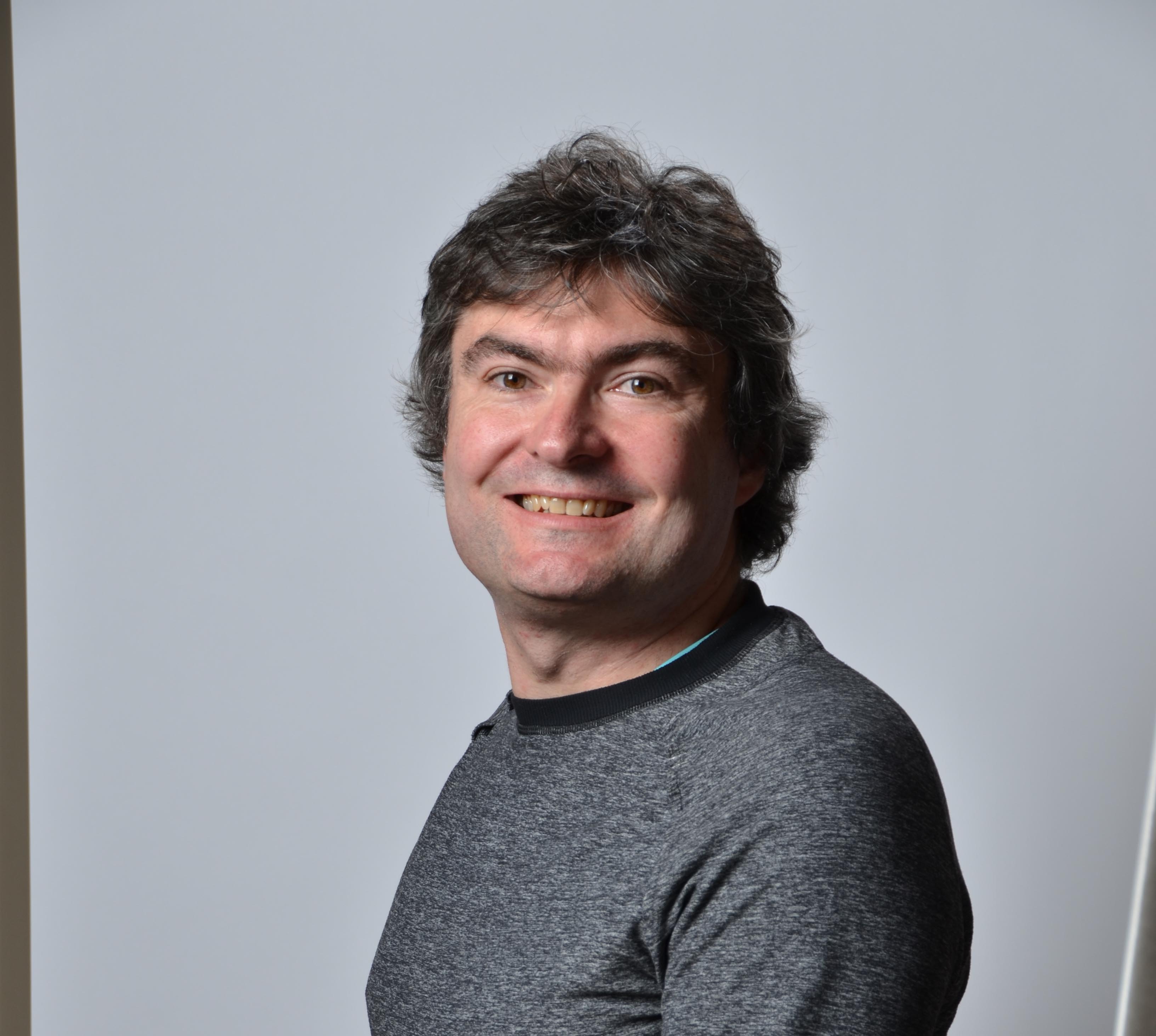 Holger Müller successfully applied for his first patent when he was 14. Later, he did his undergraduate thesis with Jürgen Mlynek at the University of Konstanz, Germany. He graduated from Humboldt-University, Berlin, with Achim Peters as his advisor. Müller received a fellowship of the Alexander von Humboldt foundation and joined the group of Steven Chu in Stanford as a postdoc. In July 2008, he joined the physics faculty at U.C. Berkeley.

Our research has been advancing atomic, molecular and optical physics to probe nature at the utmost sensitivity. Examples are matter-wave interferometry, phase-contrast electron microscopy, and optical recording of biological signals. We are a member of the Berkeley Physics Department, of QB3 as well as LBNL Molecular Biophysics and Integrated Bioimaging.

Atom interferometry: Atom interferometers are precision probes for making measurements of gravity, fundamental constants, and for probing the laws of physics at the deepest level - such as testing whether the gravitational field can be in a superposition of states and cause entanglement. Current projects in our group are developing atom interferometers for measuring the fine structure constant (and thereby looking for physics beyond the standard model such as dark matter), probing gravity in the field by integrating it into a drone (and thereby helping geophysical exploration), and new atom interferometers in which atoms are held in a superposition for minutes, during which even extremely weak interactions can cause significant signals (bringing us closer to probing the quantum nature of gravity). In addition, we are contributing to NASA’s efforts to develop atomic physics for space applications.

Using lasers in electron microscopy: Cryogenic electron microscopy (cryo-EM) helps reveal the structures of biological macromolecules, and cryogenic electron tomography (cryo-ET) will show them at work together within cells. But these methods are still far from their theoretical capabilities. By using lasers to coherently manipulate the wave-function of free electrons, we are realizing phase-contrast electron microscopy towards the goal of extracting all information that is physically present in the electron beam. Our current projects are developing laser-based phase contrast into the preferred tool for state-of-the-art applications in structural biology; transferring this technology to industry to make it widely available; and investigating new imaging modalities that are enabled by tuneable and reproducible phase contrast.

Laser-based readout of biological potentials: Understanding how information is stored, exchanged, and processed within a network of interconnected neurons is crucial for our understanding of the human brain, one of the outstanding scientific challenges of our time. We are developing optical methods to read out neuronal action potentials in a non-invasive way (without electrodes or chemical markers) that is suitable for parallel, long-term readout. Current projects are to develop a scanning optical bench for parallel detection of 100 channels and to develop a microscope that allows readout with micron-level spatial resolution.

Towards a universal trap for atoms and molecules: Laser cooling and trapping has revolutionized quantum science and offered first glimpses of ultracold chemical reactions, but is restricted to a few favorable species of atoms and molecules. Notably, the elements or simple molecules that form the basis of life and underlie astrochemistry cannot be trapped. We are working towards a more universal approach: buffer-gas loaded optical dipole trapping, based on ultrahigh-intensity continuous-wave lasers. We expect that it will open new possibilities in molecular spectroscopy, studies of cold chemical reactions, and precision measurement, amongst other fields of physics.