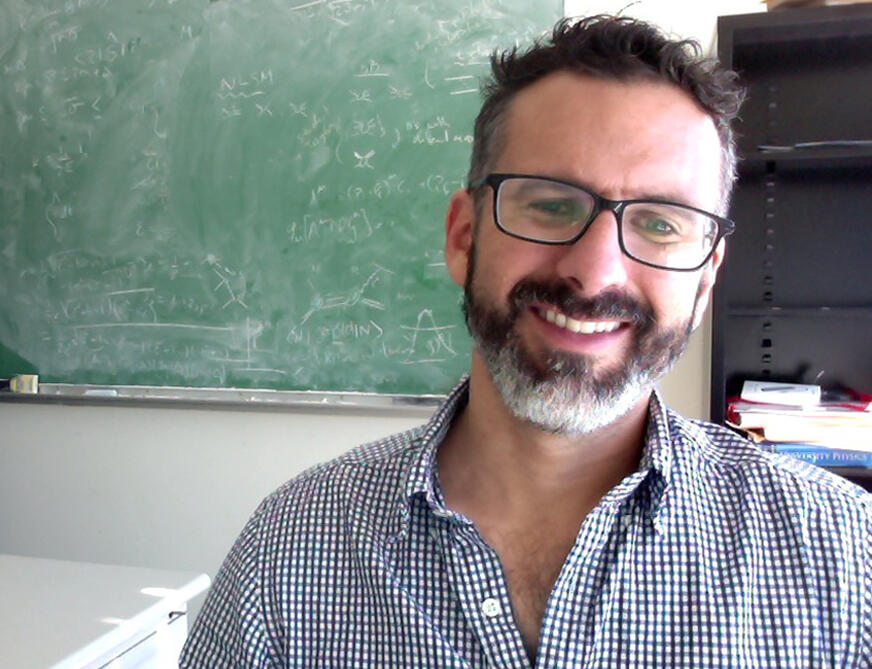 Raúl Briceño was born and raised in Caracas, Venezuela. In 2013, he received his PhD in Physics from the University of Washington. He then joined the Center for Theoretical and Computational Physics at Jefferson Lab as a postdoc. After three years as a postdoc, in 2016 he became the Nathan Isgur Research Fellow at Jefferson Lab. Shortly after, in 2017 he started an Assistant Professor position at Old Dominion University with a joint appointment at Jefferson Lab as a Staff Scientist. His research largely focuses on aspects of theoretical nuclear and particle physics. In 2023, he joined the Physics Department with a joint affiliation in the Nuclear Theory group at Lawrence Berkeley National Lab.

His research as been recognized with the Kenneth G. Wilson Award for Excellence in Lattice Field Theory (2017) and the Department of Energy Early Career Award (2018). Outside of his research, he works on several outreach efforts aimed at making STEM more accessible. Two examples of these include the Remote Experience for Young Engineers and Scientists (REYES) and the free virtual programming class Python4STEM.

My research largely focuses on understanding the emergence of low-energy nuclear physics directly from the fundamental theory of quark and gluons, namely quantum chromodynamics (QCD). Due to the non-perturbative nature of the theory, there remains a large restriction on the physical phenomena that can be directly obtained from QCD. In particular, we do not yet understand how quark and gluons come together to form hadrons (bound states of quarks and gluons) nor do we understand how the dynamics of these hadrons emerge from QCD. As a theoretical nuclear physicist, my primary goal is to bridge the gap between QCD and the phenomenological picture being constructed of nature. This research is necessary to understand and compliment the phenomena taking place in current and future Department of Energy facilities (Jefferson Lab, FRIB, the EIC), international facilities (LHCb, COMPASS, Belle II, BES-III, and PANDA), as well as fundamental nuclear reactions that may not be accessed directly experimentally.

My work has expanded different subfields of nuclear and particle physics, including QCD spectroscopy, lattice QCD, scattering theory, hadron structure, nuclear structure, and exploratory investigations into the use of quantum computing to study nuclear reactions that are inaccessible using classical computing. This requires the developing an admixture of formal and numerical techniques. Each one of these branches of research may provide complimentary insights into QCD at low energies.

Driven by the outstanding puzzles that exist in our understanding in the spectrum of the theory, I have dedicated the most time and resources towards the study of the spectrum of QCD using lattice QCD. In collaboration with others, including the Hadron Spectrum (HadSpec) collaboration, I have been developing computational and mathematical methods to solve a variety of foundational problems. This program serves three primary goals: to confirm the existence of states, guide present and future experimental searches, and compliment experiments. Since the majority of hadrons are unstable and their presence can only rigorously be deduced from the behavior of their byproducts, these efforts largely amount to the determination of scattering amplitudes as a function of the center-of-mass energy and other possible kinematic variables. Looking to the future, these formal and numerical tools are necessary not just on the study unstable states in the theory, but they will also make future calculation of stable light nuclei and their properties.