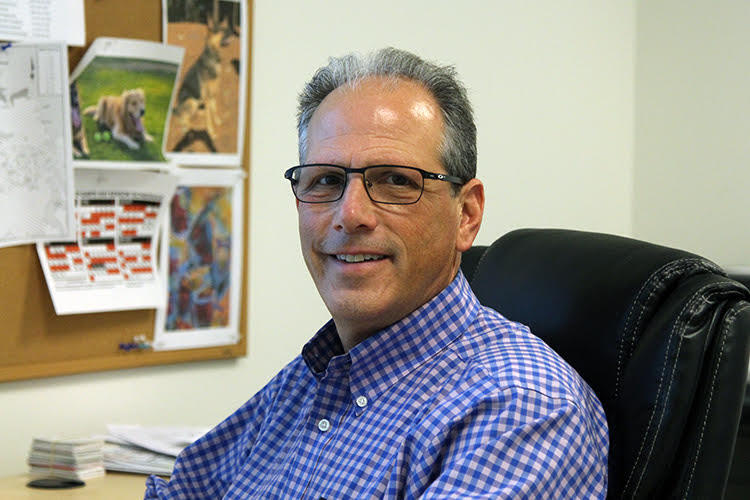 Berkeley Physics alum—and serial entrepreneur—Hal Zarem says rather than pure research, he went into physics “knowing that I wanted to develop technologies for commercial applications and to do R&D where I could see the product being used in society.”

Today, Zarem is Chief Executive Officer of Holo, Inc., a metal additive manufacturing company in Newark, Calif. More than just a 3D printing company, he says, Holo has developed a photo polymer for its printers that is combined with powderized metal. “It turns out, we can make super-fine-featured, highly accurate parts with complex geometries that you can’t make any other way [such as for the robotics industry].” The company has recently launched a new platform capable of processing copper, stainless steel, and other metals.

After completing his undergraduate degree at Berkeley, Zarem went on to complete a PhD degree in physics at Caltech. “I worked with semiconductor lasers in graduate school, and my first job was in that industry,” he says. Since then, “I've spent 30 plus years in big companies and small companies, but always developing new, cutting-edge devices, materials, and systems. In time I moved into business roles and have been a CEO of startups spun out of Stanford, UC Berkeley and most recently, Autodesk,” he adds.

He credits his time at Berkeley with exposing him to people from different disciplines as well as different walks of life. “The fact that the Physics Department is in the College of Letters and Sciences gives you more exposure to people who are doing other things besides science, including business. Even in a very deep technology business, you have to be able to work with customers and people in marketing, human resources, finance, and so on.

During his time at Berkeley, Zarem says, “knowing my interest in developing technologies for commercialization, I took a number of classes in economics, a business class or two, one in accounting—all things that I’ve really benefitted from in the career direction that ended up choosing.” Nonetheless, he says he didn’t go into physics with specific interests in say atomic physics or electromagnetism. “For me, it was all about the wonders of nature, which physics explained.”