R. Ramesh elected to the National Academy of Inventors 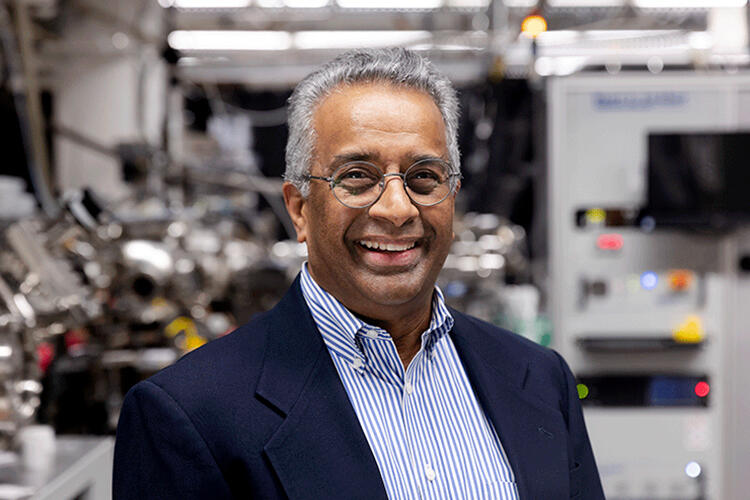 The National Academy of Inventors (NAI) announced today that UC Berkeley engineer and physicist Ramamoorthy Ramesh has been elected to the 2022 class of NAI Fellows, the highest professional distinction awarded to academic inventors.

Ramesh, professor of materials science and engineering and of physics at Berkeley, and currently vice president for research at Rice University, is known for his pioneering work in the development of complex oxides, quantum materials and multiferroic materials. These materials have gained increased interest in recent years due to their potential to replace traditional semiconductor transistors in next-generation computer chips.

The NAI Fellows Program highlights academic inventors who have demonstrated a spirit of innovation in creating or facilitating outstanding inventions that have made a tangible impact on the quality of life, economic development and the welfare of society. The 2022 Fellow class hails from 110 research universities and governmental and non-profit research institutes worldwide.

“This year’s class of NAI Fellows represents a truly outstanding caliber of innovators. Each of these individuals have made significant impact through their work and are highly regarded in their respective fields,” said Paul R. Sanberg, president of the NAI. “The breadth and scope of their inventions is truly staggering. I am excited to see their creativity continue to define a new era of science and technology in the global innovation ecosystem.”

Ramesh has also received numerous other honors for his research, including election to the National Academy of Engineering and the American Academy of Arts and Sciences. He is also a foreign member of the Royal Society and a Foreign Fellow of the Indian National Science Academy.