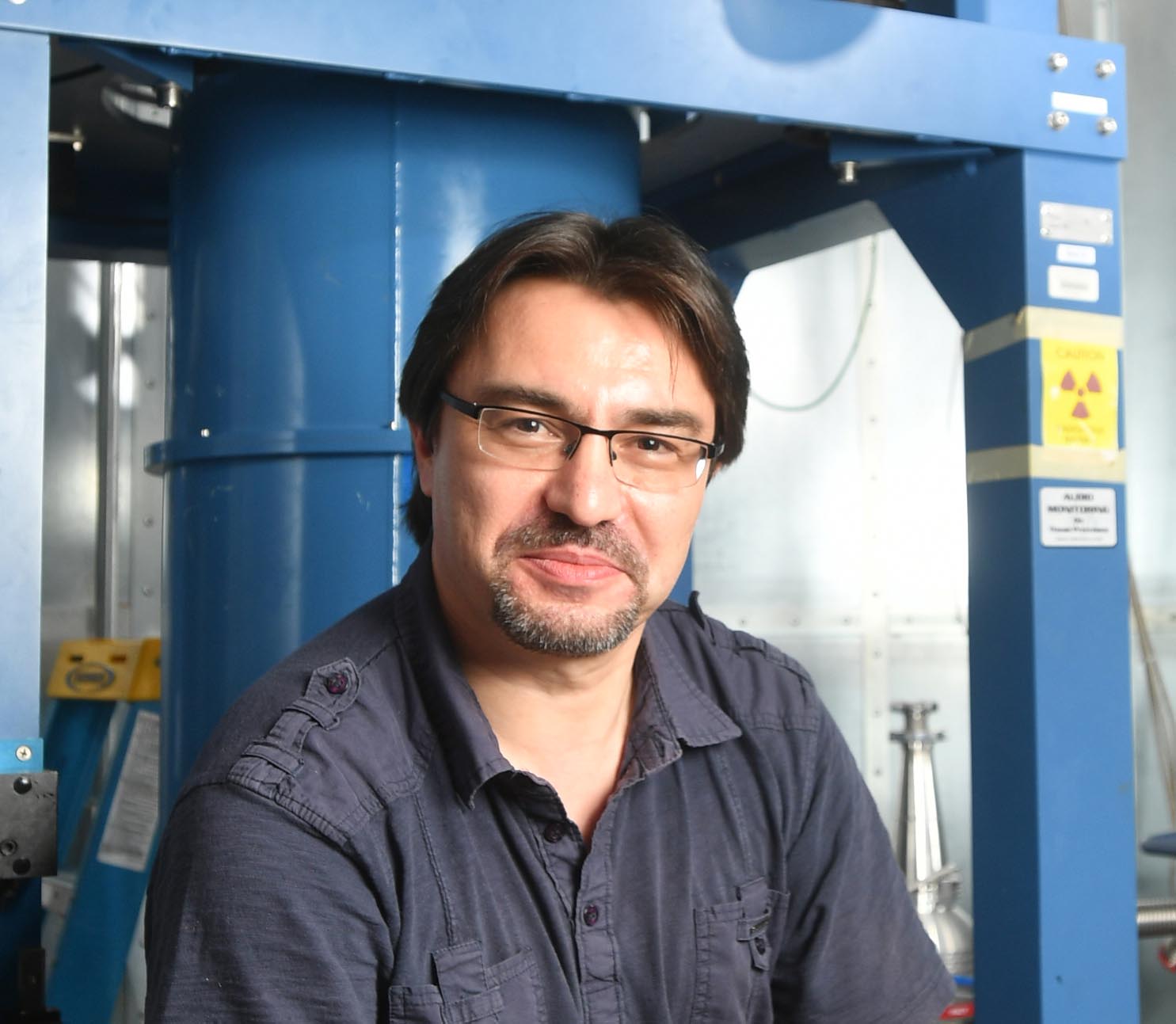 I am an experimental particle physicist interested in precision tests of the electroweak theory and QCD, and sensitive searches for new physics effects at low energies. The present theory of strong and electroweak interactions, the Standard Model, has been highly successful in describing most if not all currently seen phenomena. At the same time, the theory leaves many important questions unanswered. Why are there three quark and lepton generations with seemingly hierarchical mass structure? What is the origin of matter-antimatter asymmetry in the Universe? Is there a more complete description of particle interactions, including gravity, at higher energies?

While our theoretical colleagues are working on possible answers to these questions, it is our role as experimentalists to guide them and help shape up or disprove new theories. New particle accelerators are being built or planned to study interactions at high energies. On the other hand, unique opportunities provided by precision electroweak measurements at lower energies complement the discovery potential of the highest energy colliders.

My current and future research projects include the BaBar experiment at SLAC in Menlo Park, CA, CUORE neutrinoless double-beta decay experiment at Gran Sasso underground lab in Italy, and the Mu2e experiment being built at Fermilab in Illinois.

BaBar, which operated between 1999 and 2008, has collected one of the world's largest data samples of bottom and charm meson decays, tau leptons, and of low-energy e+e- annihilations. BaBar and its sister experiment, Belle in Japan, have confirmed the Standard Model description of the most dominant mechanism for CP violation, or matter-antimatter asymmetry. Yet, after publishing over 400 journal papers, our job is not yet complete. Our most recent work focuses on searches for new physics phenomena, including searches for light dark matter and low-mass Higgs states, and lepton flavor violation in tau and Upsilon decays.

CUORE, or Cryogenic Underground Observatory for Rare Events, is a joint project between US and Italy currently being built at the Gran Sasso National Laboratory in Italy. CUORE will search for an extremely rare nuclear decay, the neutrinoless double-beta decay of Te-130 isotope. If found, such decays would tell us that neutrinos are their own antiparticles, placing them in a unique position among all known fermions, and possibly hinting at a role neutrinos played in creating the matter-antimatter asymmetry in the Universe. CUORE will cool about 1 ton of natural tellurium oxide to temperatures only 0.01 degree K above absolute zero, and operate it starting in 2013 in a pristinely clean environment, nearly free of natural or man-made radioactivity.

A future experiment, Mu2e, will search for another very rare process with profound implications, the muon-to-electron conversion near a nucleus. In this process, a negative muon captured in an orbit around a nucleus, spontaneously undergoes a transition to an electron, without emitting any neutrinos. The process violates the quantum number called Lepton Flavor, and is nearly forbidden in the Standard Model. However, it is predicted to occur, albeit very rarely, in many new physics theories, such as SuperSymmetry. Mu2e, which is in the early stages of design development, will aim to be able to see one conversion event in about ten quadrillion captured muons (in other words, sensitivity of 10-16). This unprecedented level of precision would allow us to test many new physics models, and especially compare them with observations that could be made at the LHC. Mu2e is planned to start operating at Fermilab in 2018.